After weeks of what seemed like chaotic steps to bring Boeing Co.’s new 777X plane project to Long Beach, it’s become clear that California Gov. Jerry Brown has secretly been working behind the scenes to get a piece of the action. 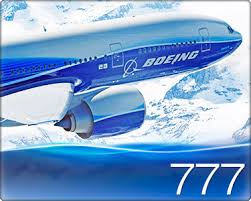 California wants a chunk of the 777X assembly and manufacturing work brought to Long Beach, said Brook Taylor, a spokesman for California’s Office of Business and Economic Development, or Go Biz.

“We are working with the necessary partners in the Long Beach area to respond to Boeing’s request,” said Taylor, whose office is coordinating efforts with local governments to put together a bid to build 777X planes in Long Beach.

Additionally, Assemblyman Al Muratsuchi, D-Torrance, who leads the legislature’s select committee on aerospace, said in an interview Friday that a proposal is in the works for the 777X, and that he’d play a key legislative role in drafting a package of incentives to lure Boeing to Long Beach.

He declined to say more.

“I don’t want to undermine anything,” he said.

Last month, Boeing initiated a site selection process for its new 777X commercial jet program by issuing a request for proposal to more than a dozen locations.

“We are not identifying any of those locations or the criteria we’re using in this process,” said Doug Alder, a Boeing Commercial Airplanes spokesman.

“The intent of the process is to determine the location or locations for parts fabrication, fuselage build, … assembly, paint and delivery of the 777X airplane,” he said. “This decision will also encompass the location for the fabrication and assembly of the new composite wing for the airplane. We will determine if this work is done at one location, or at different sites.”

It’s been widely reported that Boeing has set a deadline of today for the proposals, but Alder said the company hasn’t set a hard due date.

A final decision regarding site selection for the 777X is expected early next year, Alder said.

California is going up against a long list of rivals to land the 777X jet program, considered one of the biggest private sector initiatives to create jobs in years, expected to employ more than 8,500 at its peak in the mid-2020s.

Alabama, Georgia, Kansas, Missouri, North Carolina, South Carolina, Texas, Utah and Washington are making pitches to bring the jet to their turf. Some of those states’ legislatures have passed incentive packages that offer property, labor concessions and tax breaks.

California, long rumored to be bidding on the program, confirmed its interest in the 777X for the first time on Friday, said Taylor, who declined to outline specifics on its bid, due by mid-December.

Los Angeles County Supervisor Don Knabe, who represents Long Beach, said the Go Biz office is coordinating the collection of information with the city, county and other local lawmakers responding to requests.

“The state is the purveyor. That’s a good sign,” Knabe said. “Someone needs to direct all of this because we are on the fringe.”