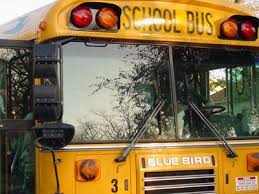 The start of the academic year is staggered across the county’s 28 districts.

“I’m always excited about the first day of school. It brings me back to my days as a schoolboy,” said Bob Pletka, superintendent of Fullerton School District. “It’s fun to see about new possibilities for our kids, creating new opportunities for our kids.”

The range of starting dates can be a cause of frustration for some parents – nowhere more so this year than in La Habra City, where parents of sixth- and seventh-graders said they were not notified until early August that the two grades would start classes on Friday instead of Aug. 19.

Buena Park School District bumped up its first day of classes by nearly two weeks so its elementary schools would begin today, the same day as Fullerton Joint Union High School District, which the district feeds.

Though parents were notified during the previous school year, it’s been a tough transition, said Jon Hultman, PTA president at Corey Elementary.

“This year it’s a little bit of a shock to the system, like losing an hour for daylight savings time,” Hultman said.

Starting school earlier gives high school students more time to prepare for Advanced Placement exams, he said. The school year will end in May instead of June.

Hultman suggested parents new to a school get involved in campus organizations and volunteer in classrooms so they’ll be aware of classroom dynamics.

Teachers and students heading back to campuses this fall should be prepared for subtle but significant changes, as district administrators work to implement the new Common Core State Standards and begin re-prioritizing campus finances under the new Local Control Funding Formula.

A challenge this year for educators will be preparing for the Common Core and new instructional approaches, while still using the current assessment system and standards, Pletka said.

“That’s a challenge that universally we will all be facing in California,” he said.

It is also the first year since the recession that school districts are not facing funding cuts.

Though teachers and administrators across the county say they are optimistic about school finances stabilizing after half a decade of cutbacks and layoffs, it will be at least another year before all students in the county see a full 180 days of instruction.