Seal Beach, marking its centennial, was once a wild place, from… The OC!

During Prohibition, in the 1920s and ’30s, one could do more at the Joy Zone than grab ice cream at the pier. 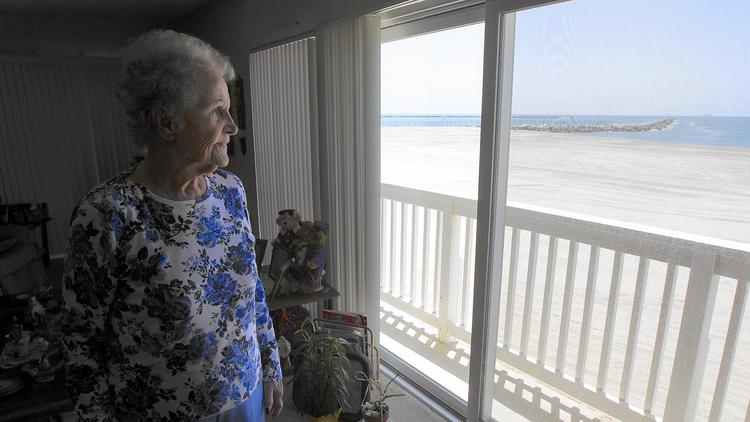 “There was gambling, prostitution and mead,” a homemade alcoholic beverage, said 98-year-old Virginia Haley, who has lived in Seal Beach for 93 of the city’s 100 years. “There was a canal under the city where all the liquor came in.”

During the 1930s, Navy officers from Long Beach would take taxis down to Seal Beach “because this was the place where things were happening,” said 50-year resident Gordon Shanks, a former mayor of the city.

“Long Beach was conservative, but Seal Beach was wild,” he said. “You could do whatever you wanted [in Seal Beach] in the 1930s.”

People would go to the end of the pier to take a shuttle to a gambling ship anchored off the coast. Afterward, they would head into town to one of the speak-easies to grab a drink or gamble some more, Shanks said.

Haley recalled the 1933 Long Beach earthquake, which damaged or destroyed many buildings in Seal Beach. However, she said with a laugh, “the ladies of the night upstairs in the brothels were OK.”

Long Beach was conservative, but Seal Beach was wild. You could do whatever you wanted [in Seal Beach] in the 1930s.
– Gordon Shanks, a former mayor of Seal Beach
Chris Jepsen, assistant archivist for the Orange County Archives and president of the Orange County Historical Society, said such activities could occur partly because of the city’s location in the westernmost corner of the county.

“County law enforcement wasn’t that keen on going out there that much,” Jepsen said. “It was really off the beaten path, so all kinds of stuff went on out there.”

During its first 50 years, Seal Beach become a tourist destination with help from Pacific Electric Railway, whose so-called Red Cars brought people from Los Angeles, San Bernardino, Pasadena and beyond to the town.

With the rise of the automobile, the system was shut down in the 1950s.

Over the next few decades, the style of Seal Beach changed considerably. What was once a small beach community spread out.

Residents of Old Town, the downtown area, were unhappy when the city absorbed Leisure World, a gated retirement community that opened in 1962. Many also were unreceptive to the creation of the College Park East neighborhood in 1965, Shanks said.
“People didn’t want to take anything in,” he said. “Once they took in Leisure World and College Park East, people just wanted to have the city stay right where it was.”

Seal Beach has become more affluent over the years, as have many coastal communities. Marie Antos said the city’s “old Mayberry” feel has changed.

“The people are not as friendly as they used to be or claim to be,” she said. “I think the charm is being taken out of Seal Beach.”

During Prohibition, Haley said, she was embarrassed to tell people that she lived there. She would say she lived close to Long Beach. Now, Haley said, she’s proud to call Seal Beach her home. But she agrees with Antos about the changing community.

“The newer people that move in think they own Seal Beach. They think they invented it,” she said with a laugh. “But most people are just proud that it’s a nice city that we live in.”