Selanne meets with Ducks GM Murray… from The OC!

Teemu Selanne is moving closer to a decision on his playing future and has discussed a return to the Ducks next season after meeting with the club on Tuesday. 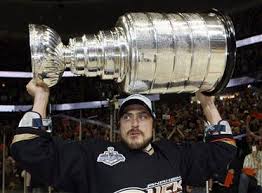 Finnish website MTV3 first reported that Selanne met with Ducks GM Bob Murray to further discuss the winger’s role for the upcoming 2013-14 season. The Ducks confirmed on Wednesday that the two got together for an hour in person.

Murray, through a team spokesman, characterized the meeting as “positive” and that he and Selanne agreed to talk again in the near future. He said Selanne did not give him a decision on whether he intends to continue playing or retire.

Selanne is back in Southern California and reportedly was skating at Anaheim Ice on Tuesday, according to MTV3’s Timo Kunnari. The winger and his family returned to their south Orange County home over the weekend as their older children started school this week.

The Register learned that Selanne is training with former Ducks and Kings forward Craig Johnson, who often directed workouts many locally-based NHL players during the lockout last winter.

It is not clear if Selanne and Murray discussed a contract for the free agent. The Ducks have kept money available for a potential return as they have roughly $4.3 million free under the salary cap.

A decision could come soon from the 43-year-old Selanne, who resumed his off-ice training in his native Finland earlier this summer and is seriously considering whether to play a 21st NHL season.